This blogpost describes in general how a QR code works and how this can be decoded and encoded.
Additionally it’s described how the internal structure of the Dutch CoronaCheck QR code is defined and how this data can be decoded/decrypted using C#.

In 2020, the Dutch government created a CoronaCheck App. With this app, you are able to prove you’ve been vaccinated, you’ve had corona or that you’ve recently tested negative for corona. To get a digital certificate, you can generate a QR code in this app for the Netherlands.

In addition to this app, there is also a CoronaCheck Scanner which scans this QR code and checks the validity of the visitor’s vaccination record, recovery or negative test result. And also if the data on your screen matches the data on the proof of identity. Both applications are developed by the Dutch government and the source code is public available on GitHub. This fact and my personal interest in these applications and QR codes in general was the impuls for me to write this blog.

Let’s first start at the begining : how are QR codes encoded and decoded.

How do QR codes work? 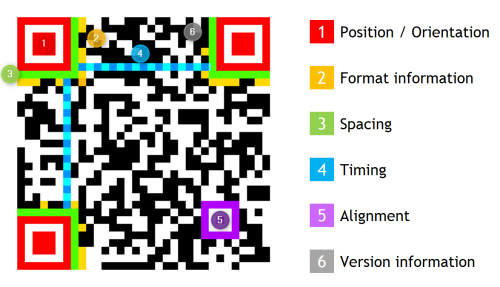 In addition to these definitions, there are two more important aspects in a QR code:

When encoding a QR code, there are eight mask patterns which are used to change the outputted matrix. Each mask pattern changes the bits according to their coordinates in the QR matrix. The purpose of a mask pattern is to make the QR code easier for a QR scanner to read. 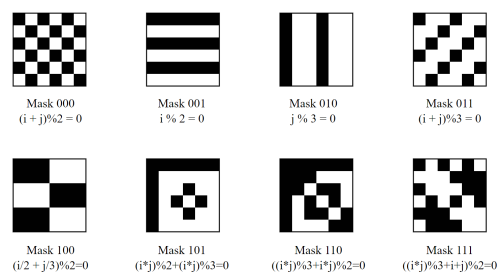 This can be seen in the QR code below which is generated with an error correction of High but is damaged. 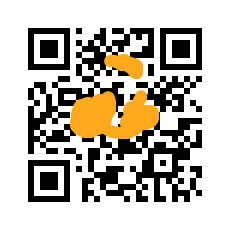 Using the error correction algorithm, it can be repaired into a valid QR code: 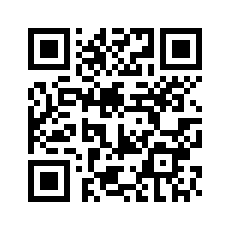 For C#, there are multiple opensource NuGet-packages available, however I decided to copy an existing project and create a new project on GitHub: StefH/QRCode which supports also more frameworks and can be used using Dependency Injection.

In addition to just decoding and encoding a QR code, I did add functionality to fix/repair a fuzzy/corrupt QR code. (This was needed for correctly decoding a QR code which was printed on paper and which was fuzzy and had some artifacts)

Now that all the basics are in place to decoding the CoronaCheck QR code, I wanted to know if there were any open-source projects available which explained how the actual CoronaCheck QR code was designed and how to read this information and convert it into human readable data.

The main source of information was of course the GitHub from minvws. But this code was written in GO-lang and I do not have enough knowledge on this to fluently read this and convert this to C#.

The QR code below is a sample CoronaCheck QR code which is valid on syntax-level, but will surely not give a green checkmark in the Scanner App. 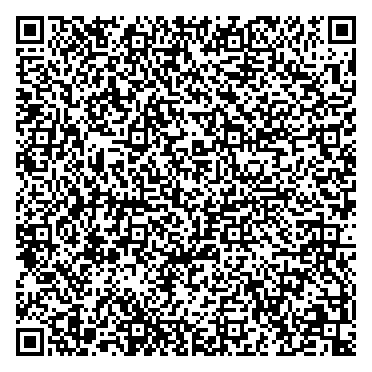 Things to notice here are:

1. Decoding the image into data

When using the C# code from StefH/QRCode to decode this image, you get the following string data.

ℹ️ Note that the above data is formatted to fit in this blogpost. The real data will not have any new-lines.

2. Decode this string using the ‘Dutch’ Base45 decoder

Normally, QR codes are encoded using standard Base45, however the Dutch government decided to use a different Base45 encoding.

In the blog post, there was Python code available (which was derived from Go-Lang) and this code looked like:

I converted this into C# code:

ℹ️ Note that this is not the fastest code (uses BigInteger.Pow(...)) however it’s sufficient to decode this string data (only ~1000 characters of length).

ℹ️ Another thing to note that is that the CoronaCheck QR code uses BigEndian byte order, so that’s why I create an extension method ToBigEndianByteArray to convert the BigInteger into a BigEndian byte array.

ℹ️ And when converting the string data into bytes using Base45, make sure to skip the first 4 characters, so skip the NL2:-text;

3. Decode the Base45 string using an ASN1 decoder

The data itself is serialized using ASN1, see the overview below: 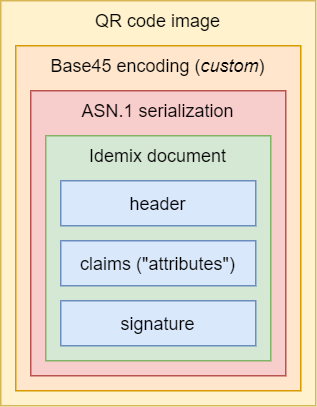 For more details on IdemMix, see this repository.

In order to read an ASN1 document from a byte array, there are several NuGets available:

While the System.Formats.Asn1 can used, I decided to use the PeNet.Asn1 which automatically deserializes the whole document. Only thing left is to cast the Nodes to the correct Node type (Asn1Integer, Asn1OctetString and Asn1PrintableString) and get the data.

The ASN1 schema states that most of the properties are defined as an INTEGER, this is not a normal integer (int16/int32), but a BigInteger.

So get the real data from that bit-stream, the LSB has to be checked:

With the above logic, we can decode the following properties:

The ‘metadata’ field is an ASN1 encoded structure. All the other properties are an UTF-8 encoded string.

The C# classes which describe the ASN1 schema are defined like this:

Use this code to decode the byte array to ASN1 and create that ProofSerializationV2 which contains all data.

4. Print the info as json

Now that the bytes are correctly deserialized using ASN1, and the data is dumped into a C# class, it’s time to actually view the data.

ℹ️ Note that you need a specific BigIntegerJsonConverter to show the BigInteger value correctly.

The structure as JSON string:

The C, A, EResponse and VResponse are probably signed/encrypted data blocks.

Encrypting the data and generate a QR code

In addition to decrypt and dump the data, I also created C# code to create a new QR code.

This article describes a proof-of-concept on how to decode the Dutch CoronaCheck QR code using C#.

And what I see in the decoded data is that there’s a minimal amount of data exposed in this Dutch CoronaCheck QR code:

This is very different from the European Green Pass which can be seen in these articles: